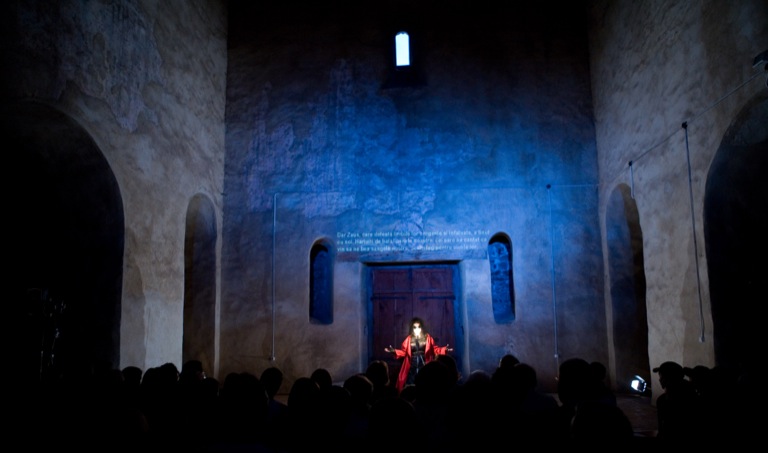 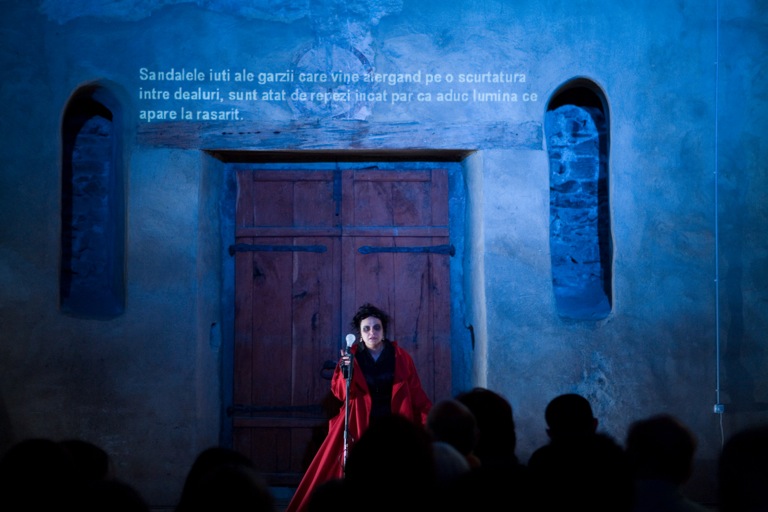 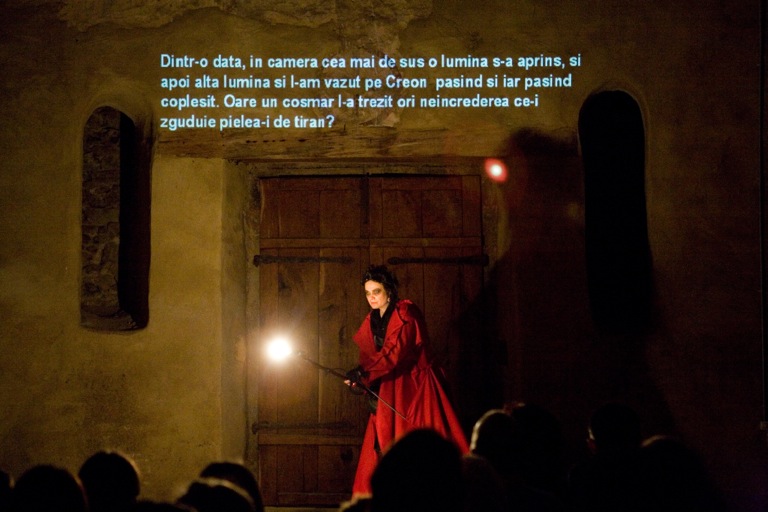 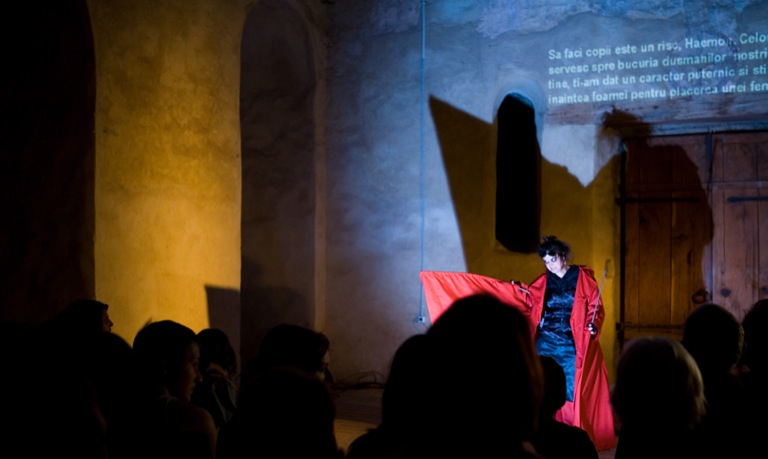 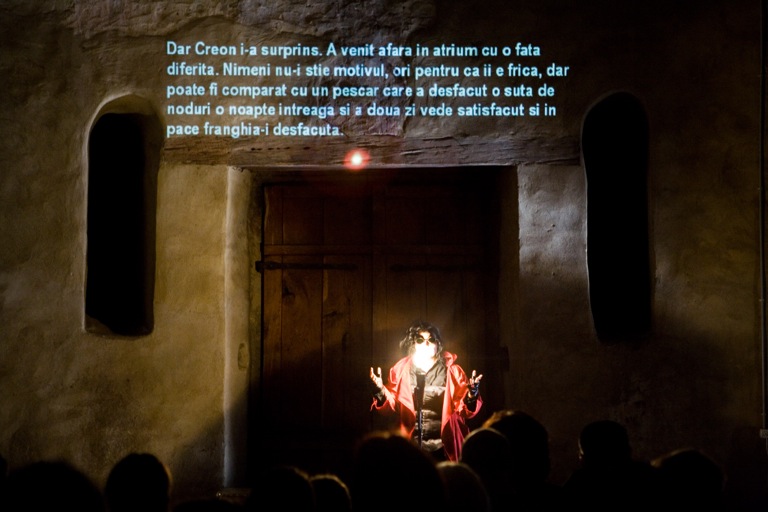 Antigone premiered in Sibiu, Romania at the Cisnadioara fortress as a site specific work. The text was translated from Jose Watanabe’s Spanish poem into English and Turkish. A single woman, the Narrator, inhabited all the roles in the play morphing from Narrator, to Creon, to Tireseas, to Antigone herself.

Shadows took on an important role in the visual storytelling. By playing with shadows and causing them to move and dance, the Narrator interacted with the many characters in the play and was able to lend the feeling of a full stage of performers while being only one person.

The color palette was tightly contained so as to focus more strongly on the shifting angles and shadows of the lighting. Through a careful rendering of the light we were able to make the space vast and confined, deep and wide, short and tall.