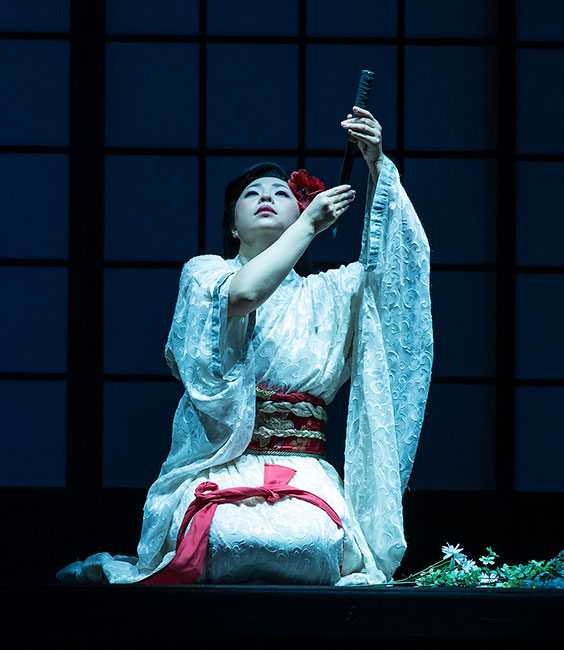 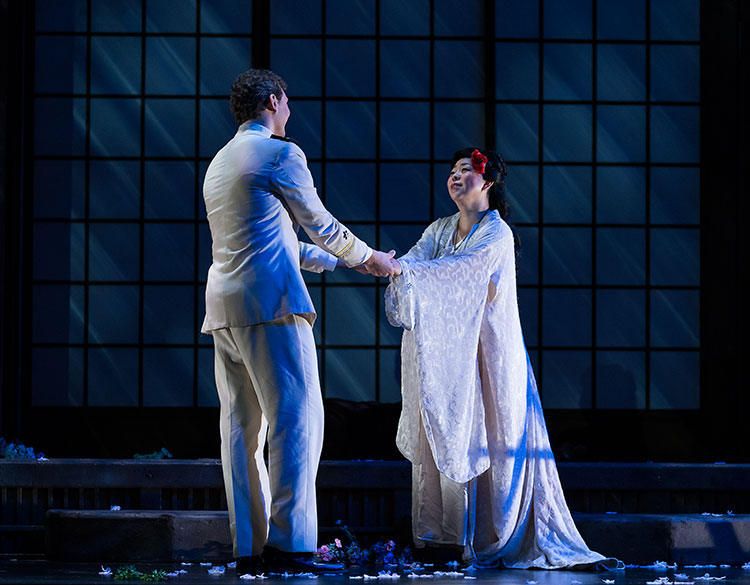 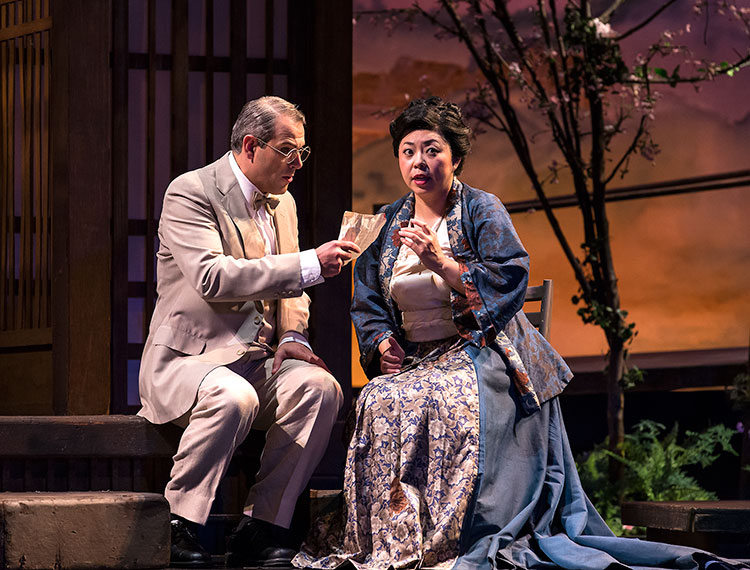 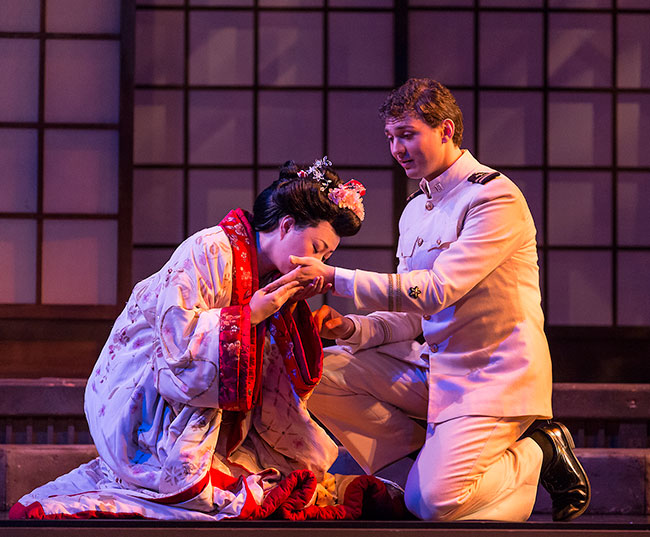 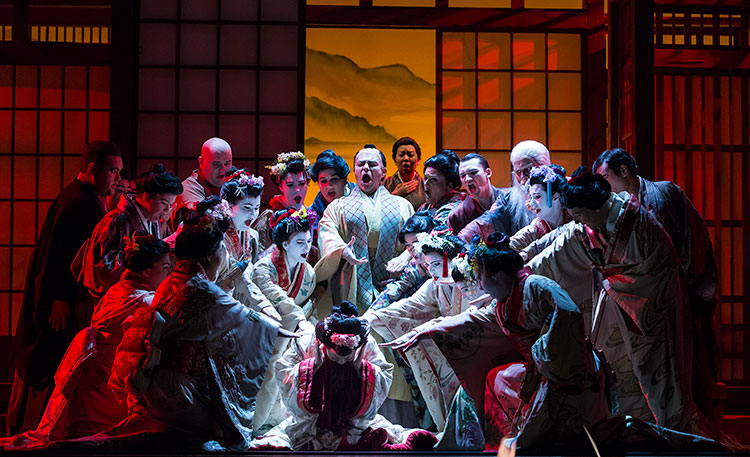 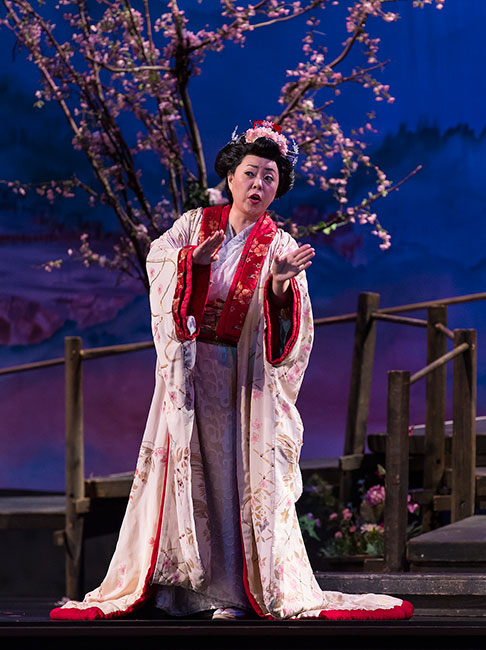 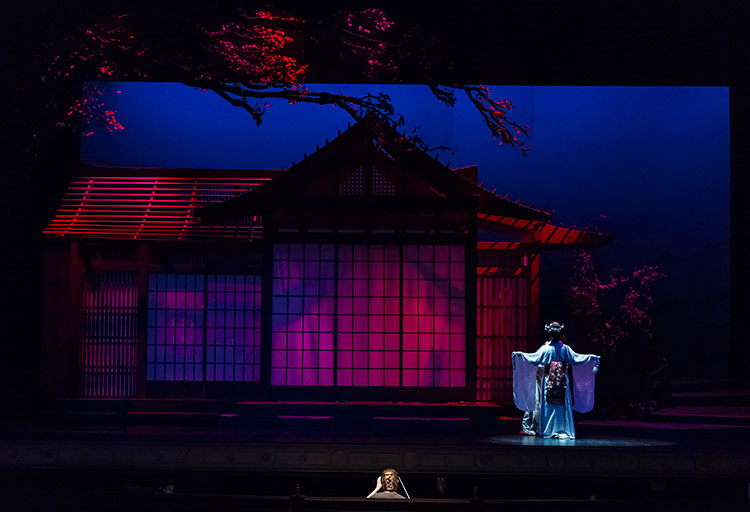 This production of Madama Butterfly was produced by Opera Santa Barbara and played at the Granada Theater in October 2012. The set was a 1986 design from Virginia Opera. Director Stickann and I worked very hard to craft a contemporary sensibility through the lighting within the realistic constraints of the scenery.

Despite the verismo style Puccini claims to work in, we felt the piece held several very poetic and expressionistic moments in it that we wanted to bring out. This first derived from the juxtaposition between the family and il Bonzo’s reaction to Butterfly’s wedding to Pinkerton in the opera with what would be acceptable modes of behavior within contemporaneous Japanese culture. These tensions provided one fracture point with with to explore the work in greater depth than the set might at first allow.

The second point of discovery had to do with our approach to the music at the beginning of Act 3. While a 20 minute sunset with nothing but music and a still stage may be a lighting designer’s dream, Stickann chose to incorporate a sort of dream ballet between Pinkerton and Butterfly. This ray of hope, much like the first ray of sunlight in more traditional approaches, lifted our expectations. Though we all know how the opera ends, it allowed us to think that this time, maybe, she would not kill herself.

From these two moments we teased out a few more such as a stylized prologue during the overture where Butterfly, back to the audience, gets dressed for her wedding. These departures allowed the lighting to at once follow the very real trajectory of day into night into day into night into day that the opera follows. At the same time it moved in very bold expressionistic directions when the intensity of the emotional moment demanded such a reaction.