Skip to content
Conceived and choreographed by: Erika Tsimbrovsky
Scenery and Costumes by Vadim Puyandaev
Original Music by: Joan Jeanranaud and PC Muñoz 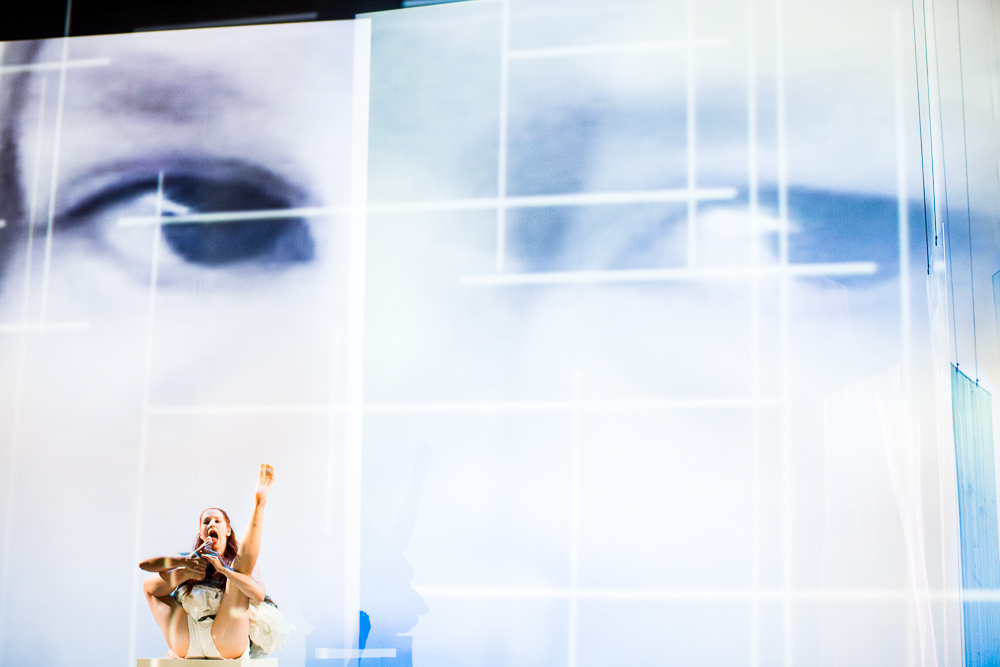 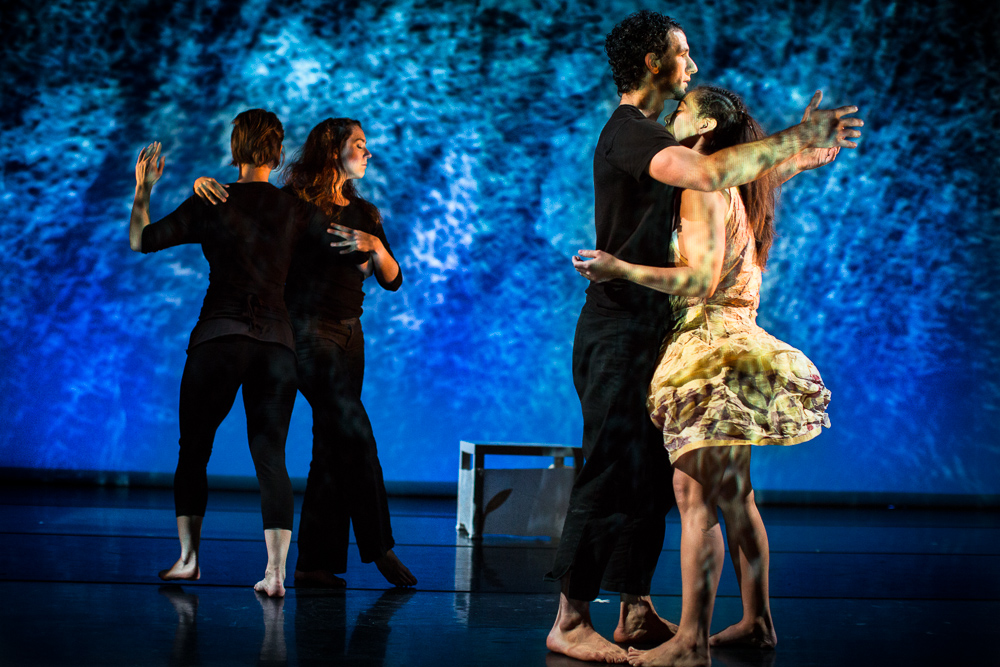 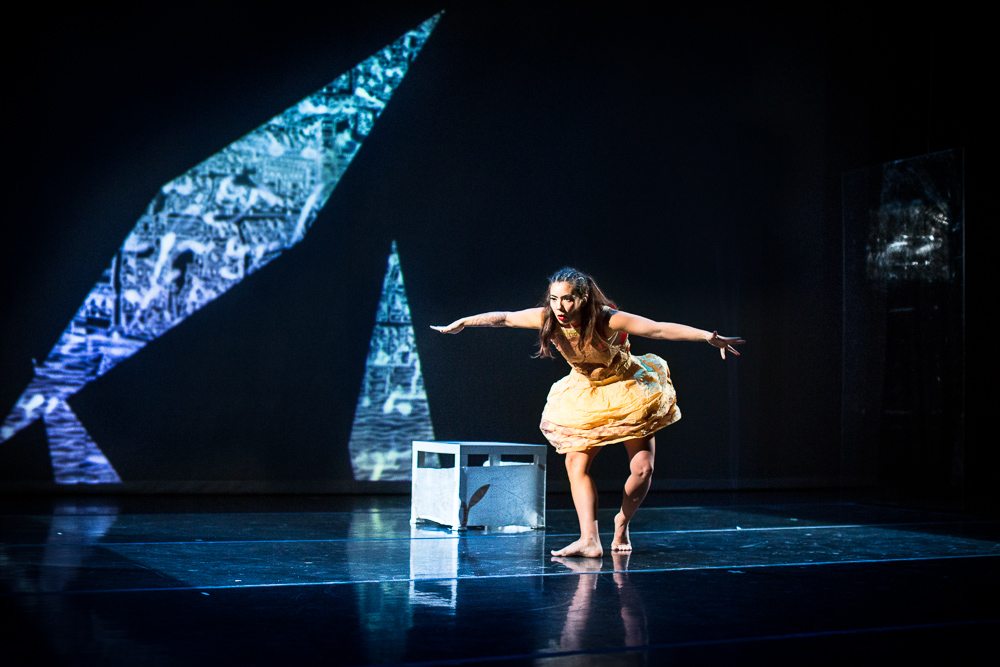 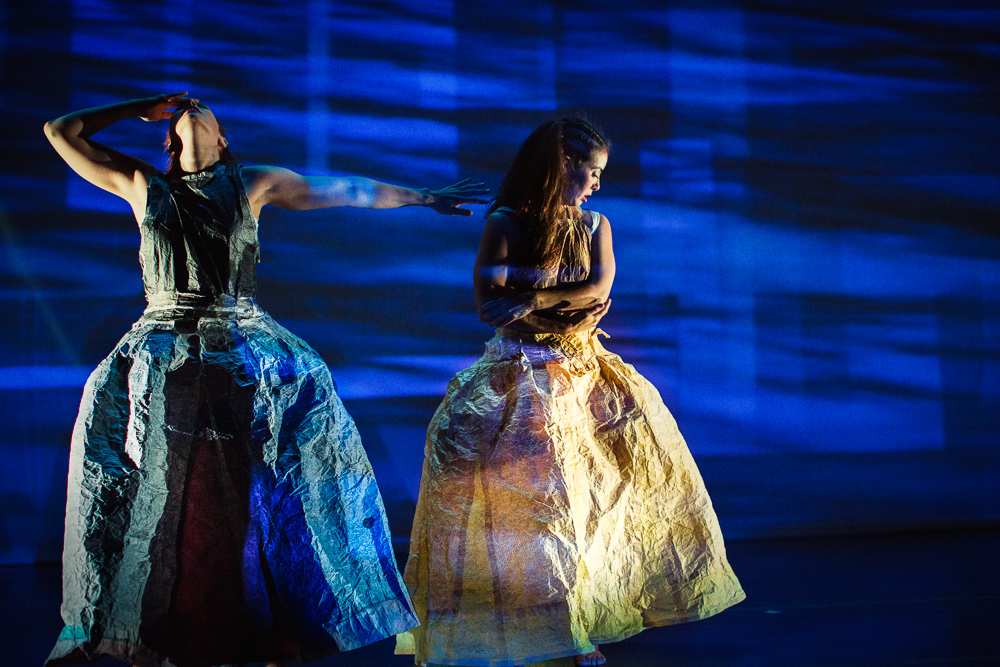 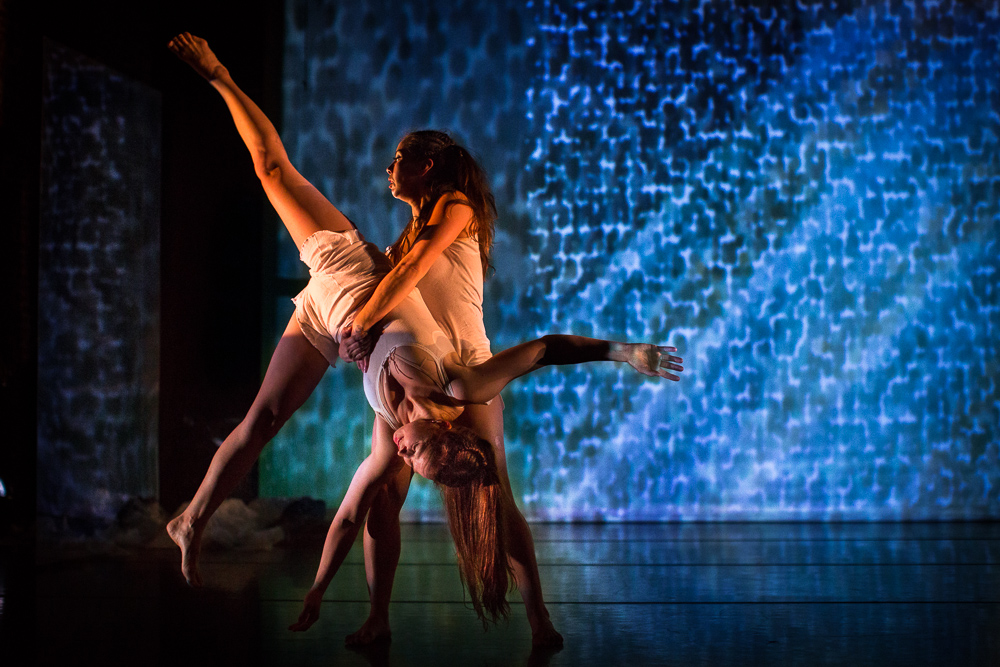 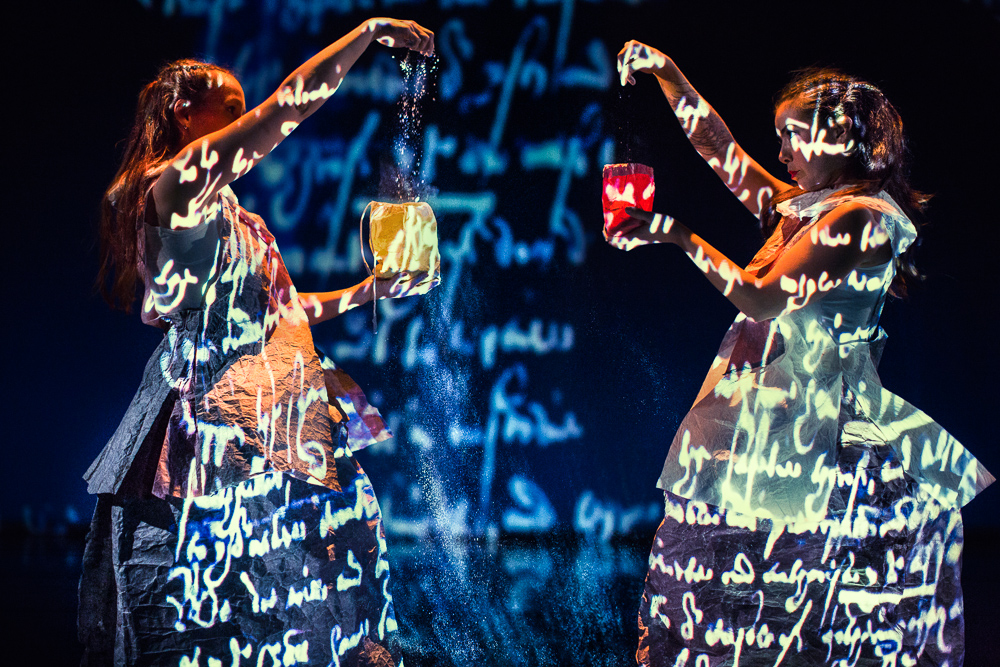 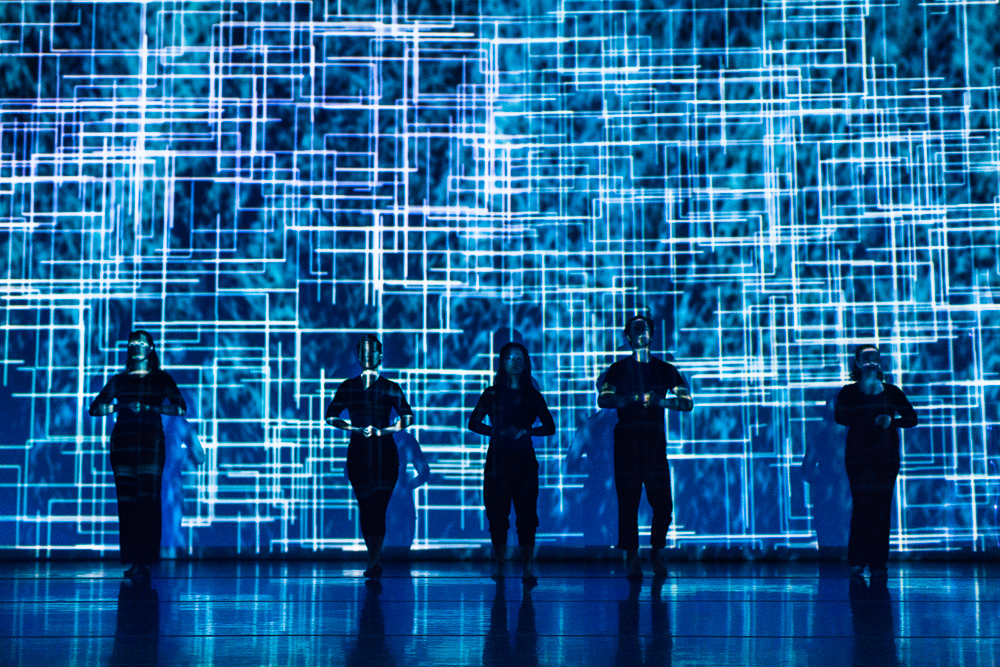 Ir/Rational was conceived as a ficticious meeting between Elizabeth I of England and Mary Queen of Scots. The dance and music moved through myriad performance styles from slow abstract movement to contemporary structured improvisation and then looping back to Renaissance musical and dance forms.

The video was built starting with historical documents such as a 16th century map of London, the execution letter written by Elizabeth for Mary, and historical paintings. Original footage of the dancers was also shot and incorporated into the work. Animations were made combining live footage of the dancers with historical paintings and then rotoscoped to create a moving painting that was projected. Various elements were music reactive as well. By taking a live music feed from the musicians and routing it through the video to manipulate and distort it I was able to match both movement and music to the images.

These images were obscured through various geometric masks that were echoed in the lighting. Boxes, diamonds, and parallelograms all created various feelings of confinement and separation for the two queens. Handwritten text scrolled over dancers and lit them as both an environmental element and a lighting source. One set of projectors were placed overhead to blend and create a single wide image on the rear cyc while a third projector sat on the ground serving as footlights. Knowing the two projected images would blend on the cyc, I created the visual imagery to work as a composite of the two sources with fun and interesting shadow play resulting from the floor mounted fixture.