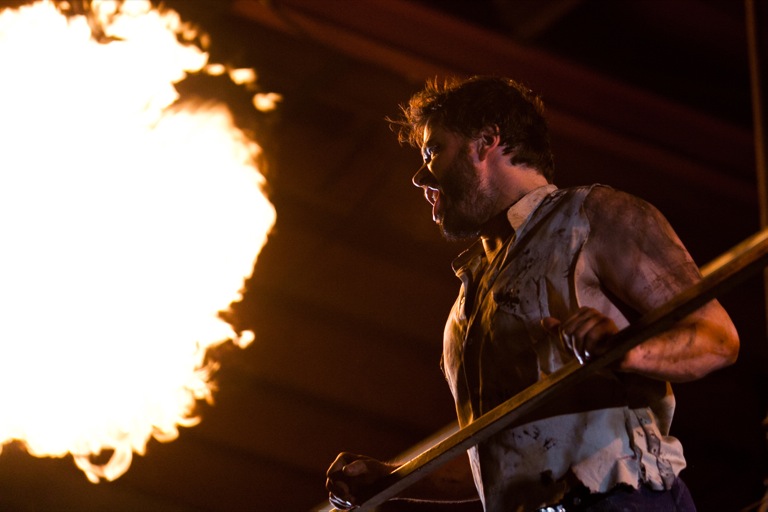 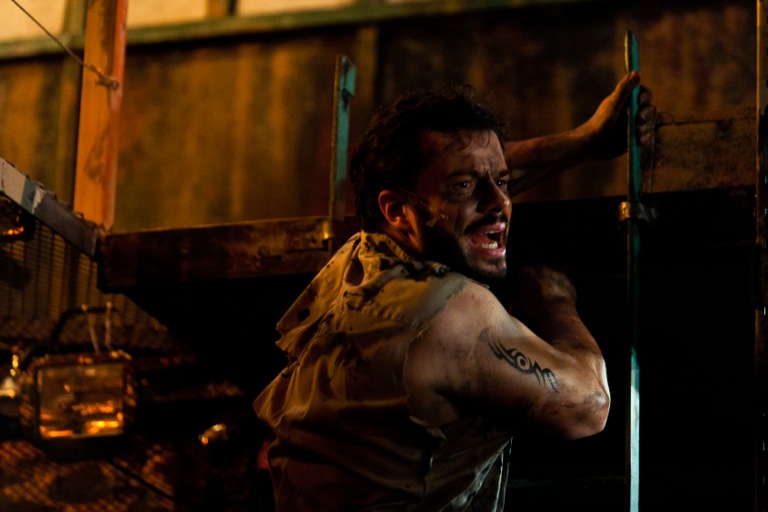 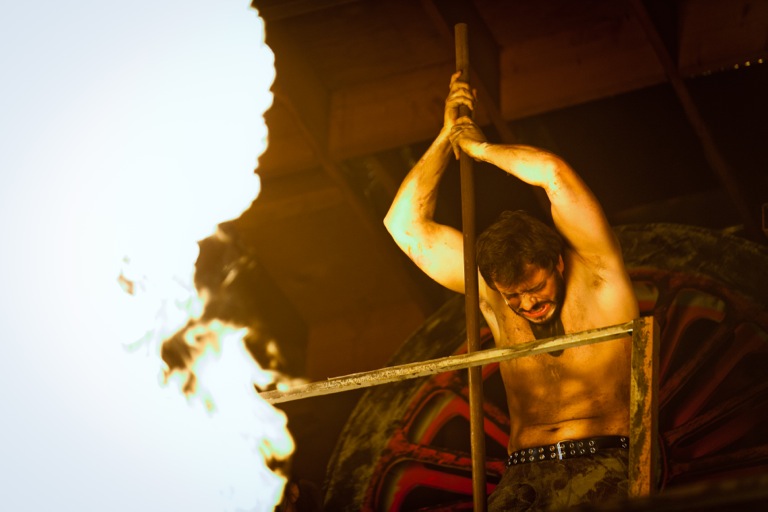 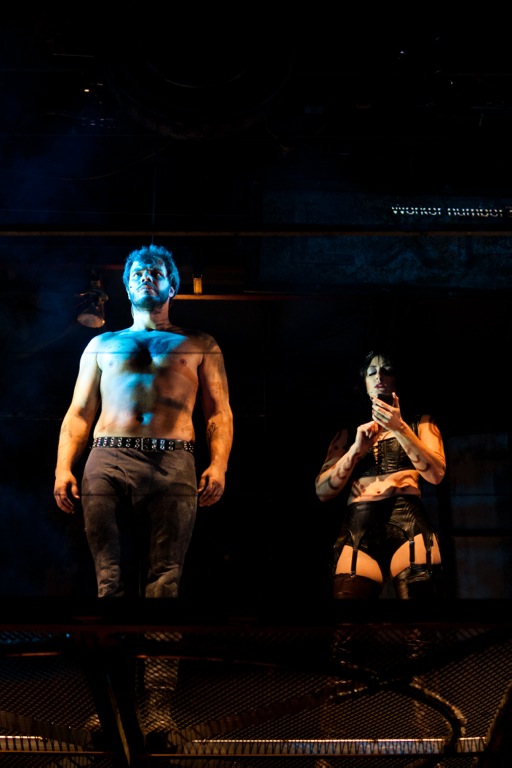 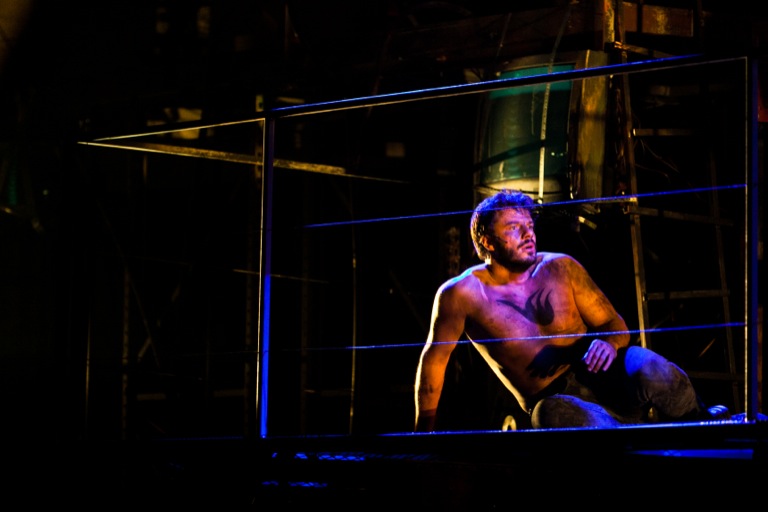 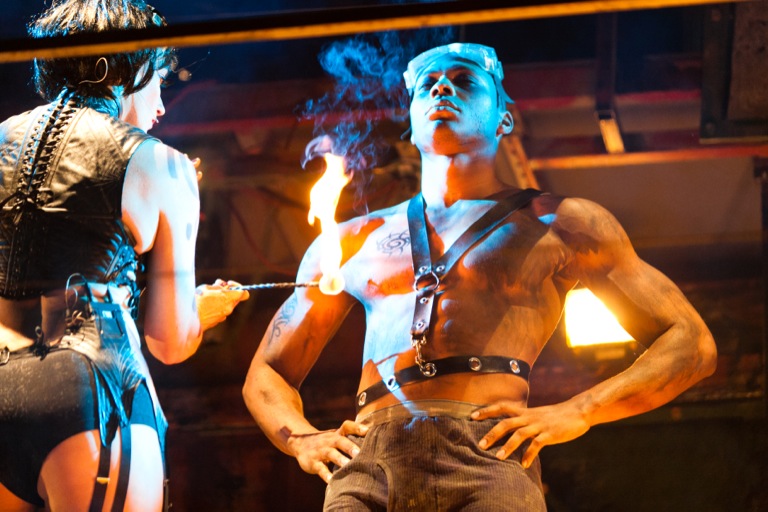 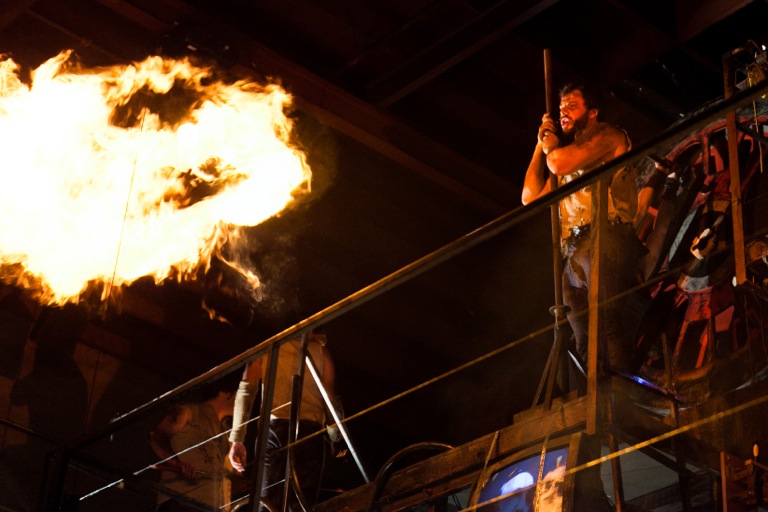 Machine was a world premier fire opera performed at The Crucuble in Oakland, CA in January 2012. Set in a dystopian sci-fi/fantasy future where corporations rule the world, it tells the story of William a worker in a nameless factory bound to his Machine Longitude Steel Press 4538209. He and the other workers are zombie like creatures under the thrall of the Controller who channels the power of the imprisoned goddess Brigid to keep total control over the workers. One day William wakes up…

Lighting used rock and roll style moving lights, color, patterns, and chase effects combined with gritty industrial floodlights, bare bulbs, and neon.The lighting had to both showcase the fire elements as well as add their own ferocity to the stage. Audience blinders and heavy saturated colors proved highly effective.

TVs were placed all over the set taking a live feed of “Red Shirt” the overseer through a webcam and numerous distortion effects built in Quartz Composer. The preshow was a collage of 1920s era Capitalist propoganda films showingthe power of industry distorted to create weathered sepia toned dystopian landscape. Other video elements and effects played through the TVs during various scenes.